Review of Barley Station's "After All" LP


Review of Barley Station's "After All" LP
By Ryan Chilton 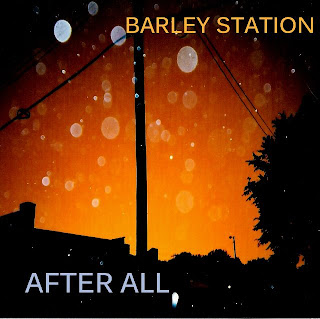 From the first lines of the album, “Thirteen steps to the gallows/These are the roads that I take” you can tell that the members of Barley Station have done some living. The album, After All, is a 12-song collection of emotions: love, loss, hope, and heartbreak. The honesty in the songwriting blends perfectly with the layers of deft musicianship to form a solid, accessible album.


Barley station exists somewhere between genres, finding a sweet spot between rock, country, folk and even classic pop. They lend a Midwestern charm to each song. Listening brings up old memories and stirs familiar emotions. Its easy to feel what these guys are feeling. This is not, however, a “lay back in wallow in my pain” album. Barley Station is just as comfortable with the railroad rhythms of “I Found You” as the lament “Can’t Sleep for Venus.”


Overall, this is a solid album by very capable musicians. Their website refers to them as an “emerging” band. It is a good bet that this record will broaden their horizons. Listening to it feels like getting lost on Missouri back roads, and enjoying every minute.


Ryan Chilton is a freelance writer for B's RSM Promotions and the songwriter/vocalist/guitarist for band The Faretheewells. - http://facebook.com/thefaretheewells